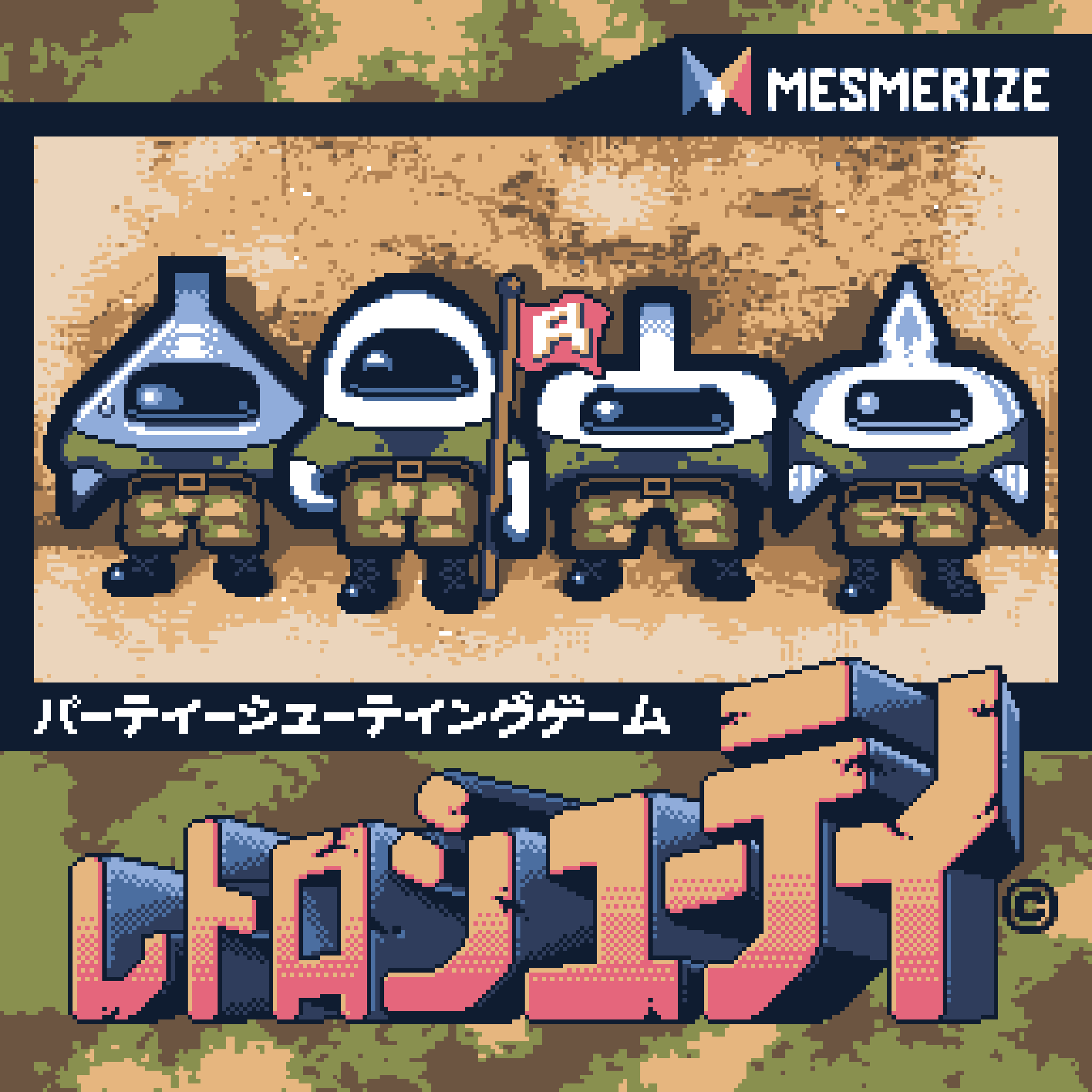 RetroShooti is not an attempt to fit in any tradition, style or subgenre of shoot ‘em up. We aren’t hardcore fans of the genre, or any video game genre, but rather fans of any gaming experience that tries to innovate rather than conform. ReSh has more in common with game design experiments like Takeshi’s Challenge, the WarioWare series, Boppin’, Super Smash Bros. or M.U.G.E.N. than with genre-defining shoot ‘em up series like Gradius, R-Type or Touhou. We are not trying to subvert or reinvent these traditions, but rather to ignore them entirely in search of new paradigms of shmup design, in the hopes of bringing you an experience that has never been introduced to players before.

RetroShooti is not about power-up management, memorization of stages and enemy formations, or deep narrative storytelling and lore. Our game is built on the principle of chaos, and so the gameplay is based on reaction, athletic-style movement and, essentially, comedy. We understand this might alienate hardcore shmup players trying to find the latest iteration of the format they already know and love, but this is a compromise we are willing to make to attract players that otherwise would have never played a title from this genre. Simply said, we’d rather have ReSh be a flawed but interesting experiment for everybody, than a perfect but unoriginal clone of something already tried and done, made only for a niche audience.

With this in mind, we hope that you can give RetroShooti an honest look, with the hopes that this experience proves memorable and special enough for you as a player. Even if your reaction is as small as a smile or a light chuckle, that is more worth it to us than any kind of acclaim we could get from merely sticking to what’s proven to work. Ultimately, we just want you to have fun.

Thank you for your consideration, please enjoy!